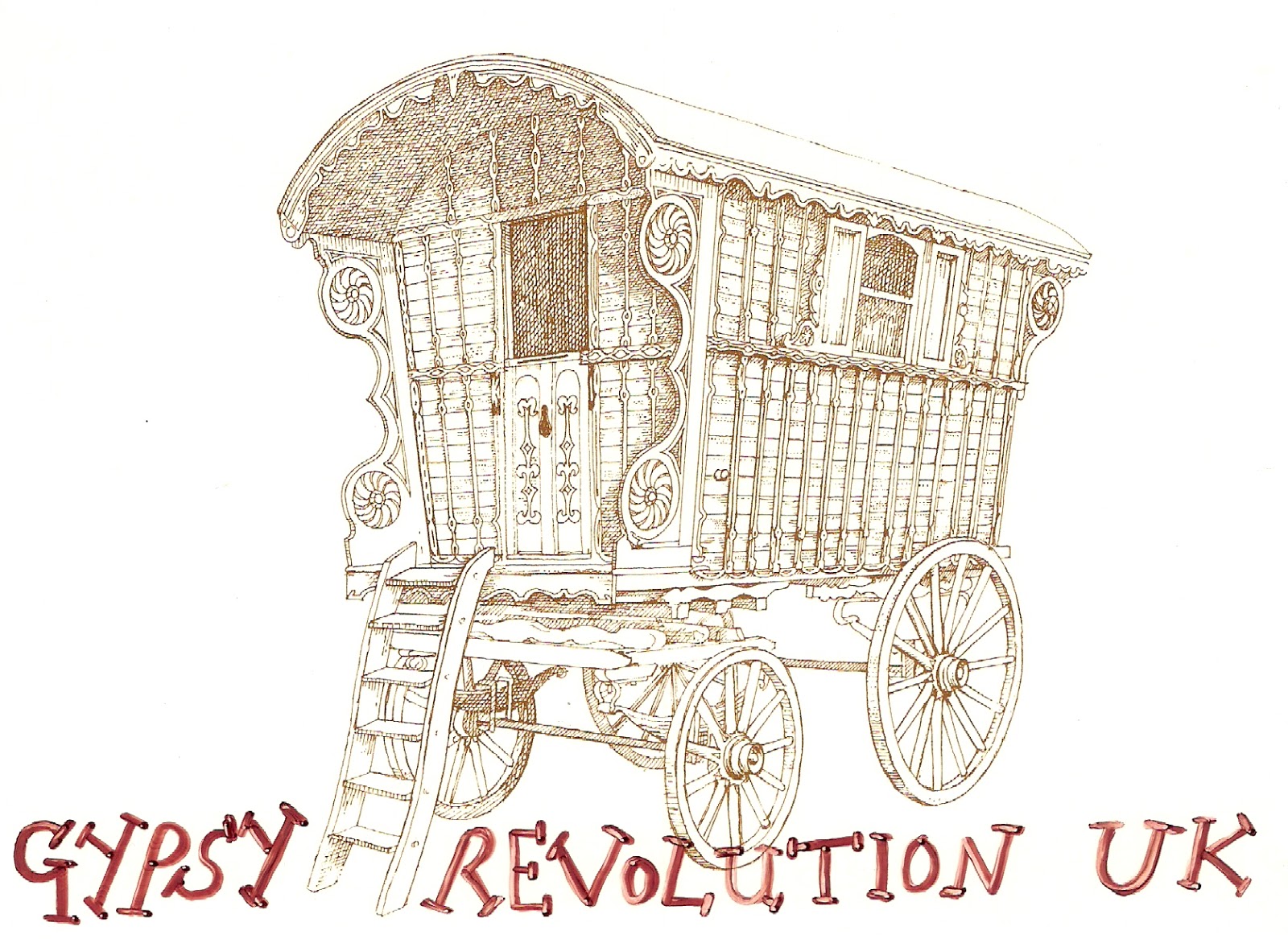 Gypsy Revolution is not just an exhibition, it’s a project that artists Delaine and Damian Le Bas say will “challenge the structures that continue to oppress the Gypsy Roma Traveller communities across Europe.”

The Roma are not a homogeneous group, yet the term gypsy has become a by-word for a whole host of negative connotations.

Seeking to rectify this, the Le Bas duo, both from Romany Gypsy and Travelling groups of the UK, present a series of paintings, collage, fabric, photographic and film works challenging assumptions about their communities.

“It seeks to open new possibilities by working with a range of other artists, curators and writers to work towards a transformation of the structures that continue to control 'Gypsy' as a word, as a people, as a culture,” explain the artists.

“After centuries of continuous oppression, 'Gypsy' will be reclaimed by the Gypsies.”

Plans for Gypsy Revolution began in January, 2012, when the pair were artists in residence at HIAP in Helsinki, and work on the collaborative project is still in process.

The exhibition will include a spoken word event, curated with their son Damian James Le Bas, which focuses on the Romani Language and literature written by members of the community. 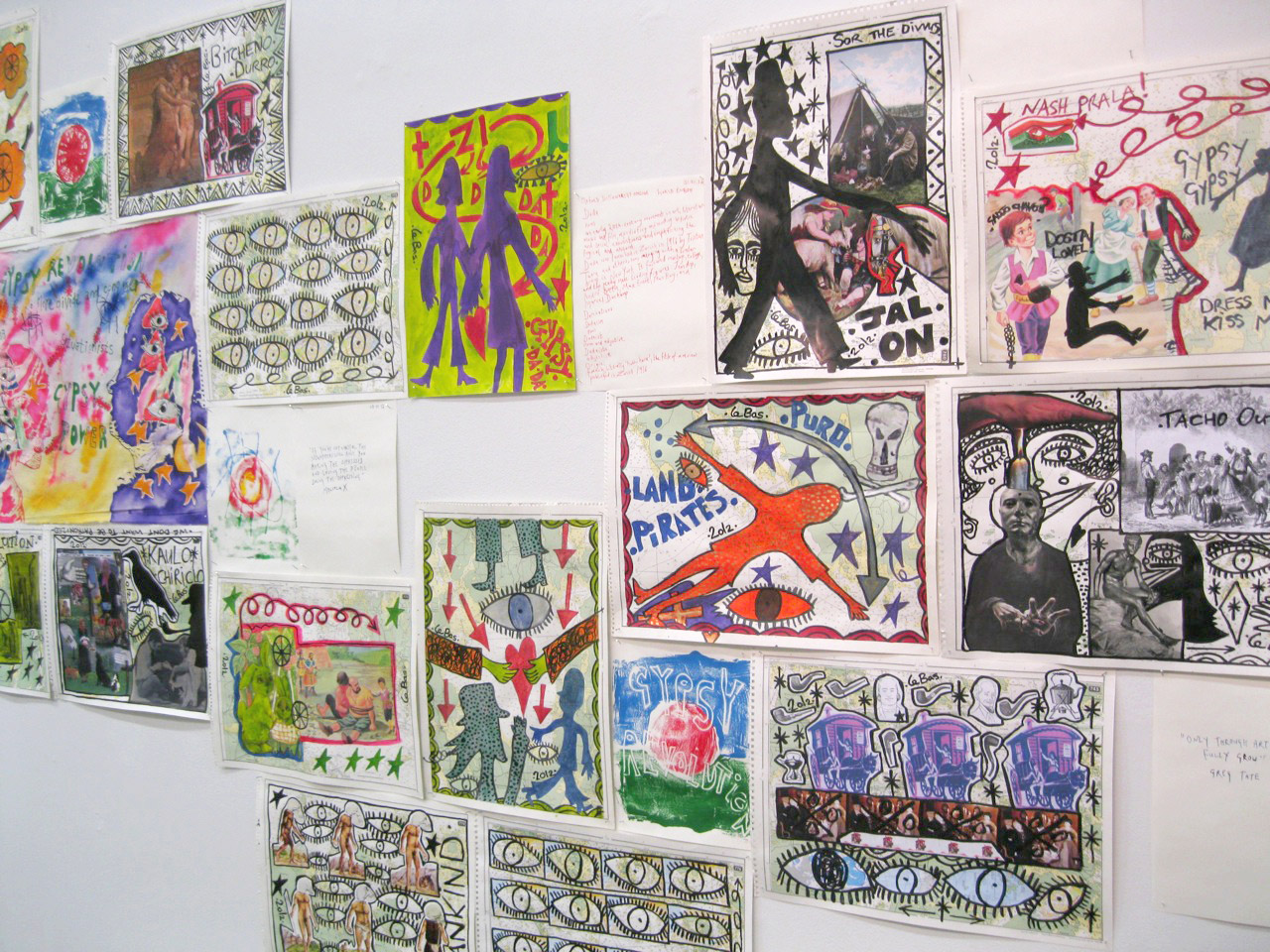 GYPSY REVOLUTION Questions Structures which Oppress 'Gypsy' as a Community

Gypsy Revolution is a project by Damian and Delaine Le Bas which they  developed during their residency at HIAP Suomenlinna. The exhibition is part of a programme of works that question and de-construct the strangulating structures that continue to oppress ‘Gypsies’ as a community.

Safe European Home?, the artists’ most recent project, was an installation constructed outside the Austrian National Parliament in Vienna, in May–June 2011. This project addressed the infrastructural and social constructs that, through their inflexible nature, continue to incubate racism. History has shown that, as mistakes are continually repeated, nothing has been learned: new concepts of freedom, new flexible structures which are able to encompass all, are seen as threats to the status quo. In the current economic climate, the old allies of recession and racism rally together again, and the usual scapegoats are targeted, the Romanies ever among them.

The Le Bas’ project seeks to open up new possibilities, by working with a range of artists, curators and writers who are working towards transforming the oppressive structures that continue to control ‘Gypsy’ as a word, as a people, as a culture. After centuries of unabated oppression, the frameworks and repressive systems that continue to control and dictate these racist structures must be overthrown. ‘Gypsy’ will be reclaimed by the Gypsies.

Delaine Le Bas’ most recent project Witch Hunt has been shown across England, Northern Ireland and Germany since 2009 and continues to tour – most recently as part of Reconsidering Roma, Berlin, November 2011.

Damian Le Bas’ next project, alongside Gabi Jiménez, is Gypsyland, opening late January 2012 at Galerie Kai Dikhas, Berlin; new works will also be included in The Imagination of the Nomadic in Contemporary Art, Hamburg, February 2012.

Damian Le Bas and Delaine Le Bas acknowledge support from The National Lottery through the Arts Council of England.

Copyright 2018  The Estate of Damian Le Bas. All Rights Reserved.