Delaine and Damian Le Bas arranged re-drawn maps, historical images and their photographs on the fences in front of the Gorki. Their photographs include some of Delaine's Romani Embassy performance series, which was revived for the opening of the 3. Berliner Herbstsalon. The topographic maps and city maps served as the starting point of Damian Le Bas's artistic overhaul and treatment of the travelling of the Roma and their demands:

“We're claiming this space for ourselves. We, the constrained, limited and defined by those who want to control, name and silence us. Here we are.” 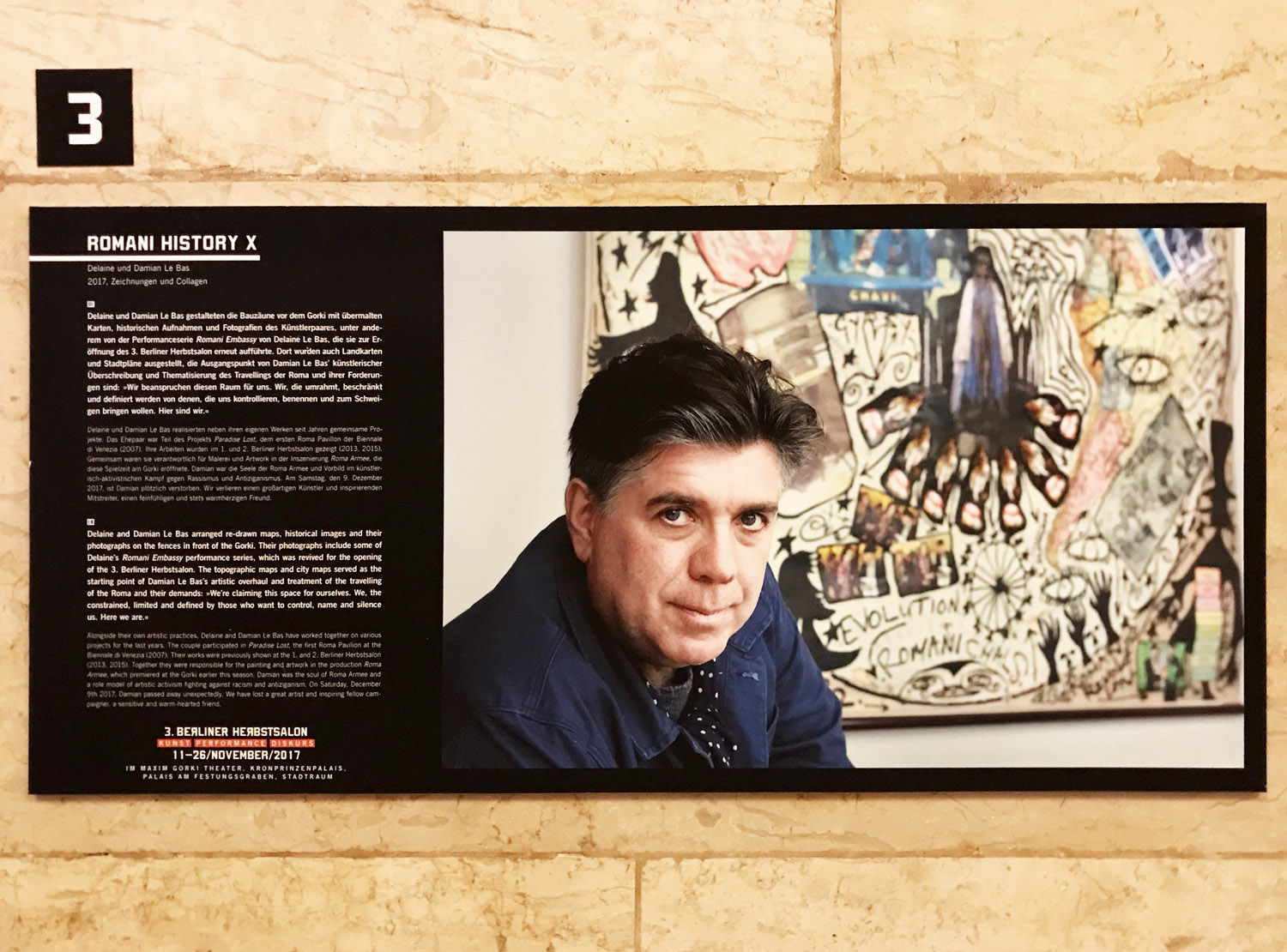 Alongside their own artistic practices, Delaine and Damian Le Bas have worked together on various projects for the last years. The couple participated in Paradise Lost, the first Roma Pavilion at the Biennale di Venezia (2007). Their works were previously shown at the 1. and 2. Berliner Herbstsalon (2013, 2015). Together they were responsible for the painting and artwork in the production Roma Armee, which premiered at the Gorki in 2017. Damian was the soul of Roma Armee and a role model of artistic activism fighting against racism and antiziganism. On Saturday, December 9th 2017, Damian passed away unexpectedly. We have lost a great artist and inspiring fellow campaigner, a sensitive and warm-hearted friend.

Copyright 2018  The Estate of Damian Le Bas. All Rights Reserved.